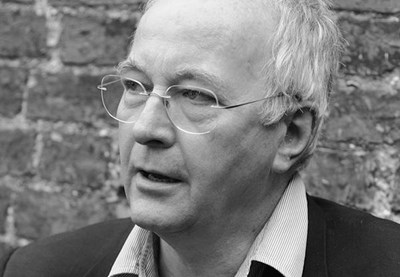 "I did tell a lot of stories when I was teaching and enjoyed standing up in front of an audience and telling a story. It gave me a sense of timing and shaping and projection." 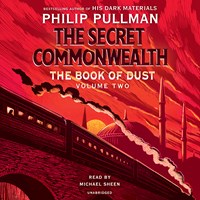 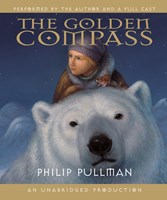 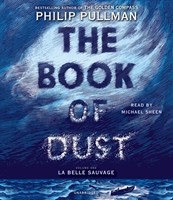 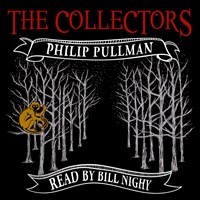 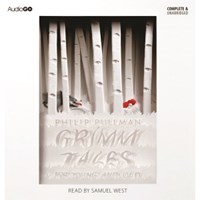 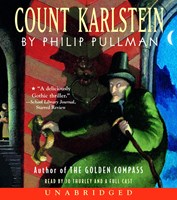 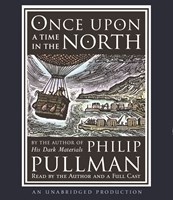 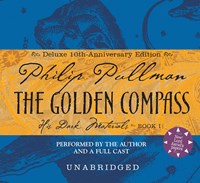 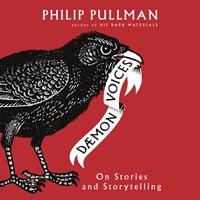 The full-cast recording of THE AMBER SPYGLASS concludes the His Dark Materials trilogy by Philip Pullman. The audio odyssey for Mr. Pullman started in 1996 when THE GOLDEN COMPASS was recorded as an abridged audio, read by Natasha Richardson. Reviewed by and on the cover of AudioFile in June 1996, it was superbly read by Richardson. From that moment on, I too started on a voyage with Lyra "Silver tongue" and the great armored bear, Iorek Byrnison. The story stayed with me, haunted me really; the characters and their daemons remained as clear as the night sky even as time passed. In 1999 Tim Ditlow, publisher of Listening Library, recorded a new version of THE GOLDEN COMPASS, unabridged, with author Pullman as narrator and a full cast playing more than thirty characters. Author and producer Bruce Coville joined forces with Garrick Hagon of the London-based Story Circle to produce this eleven-hour recording.

With this unabridged recording, all the complexities and range of THE GOLDEN COMPASS took center stage. Pullman himself reflected on the complexity of the book. "I don't mean complexity in the sense of being difficult. It's a rich story with a lot going on and a large cast of characters--which I thought would be ideally suited to the full-cast form of production." As it turned out, many other listeners agreed. THE GOLDEN COMPASS won the 2000 Audie Award for Best Children's Title, as well as AUDIOFILE Earphones. THE SUBTLE KNIFE followed closely on this success and was a 2001 Audies Finalist in two categories, including Innovation and Achievement in Production. THE AMBER SPYGLASS and LYRA's OXFORD, a 2003 short story set sometime after the events of the third book, were also Audies Finalists, and a special Tenth Anniversary Edition of THE GOLDEN COMPASS won the Audie for Package Design in 2007.

Philip Pullman commented on his role as the narrator. "I did tell a lot of stories when I was teaching and enjoyed standing up in front of an audience and telling a story. It gave me a sense of timing and shaping and projection, I suppose. And I did enjoy the dramatic stuff as well, but I had no professional experience with it." Coville and Hagon brought together an exceptional cast of great talent and rich experience. Pullman was delighted with Hagon's casting. "Garrick Hagon found actors who matched very, very closely the idea I had of how my characters should sound, and I've never been disappointed." Sean Barrett, playing Lord Asriel and the bear, Iorek, Joanna Wyatt and Peter England have key roles as the children, Lyra and Will, but Pullman is literally the master who makes the stories seamless. In contrast to a dramatized adaptation, the entire trilogy is recorded as read from the printed text. The actors were inspired by Pullman's presence. "He has a masterful way of just giving you a little pointer in the right direction," said Alison Dowling, who plays the tormented Mrs. Coulter. But after the countless studio hours that produced the three recordings, running over thirty finished hours, Pullman is a seasoned actor.

THE AMBER SPYGLASS pulls in characters from the first two books, as well as introducing new ones. The demands of this production have been tremendous--scheduling, child actors, three books recorded over three years. To characterize the kind of dedication shared by everyone involved, Garrick Hagon says, "The job is a joy, and the difficulties are only a matter of making it as perfect as we can." Darn near perfect, everyone.--Robin Whitten