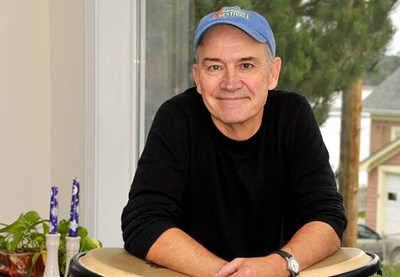 "Hoose’s process of reading his work aloud has helped increase his confidence as a narrator." 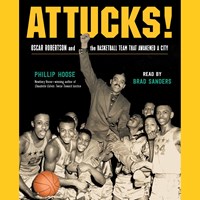 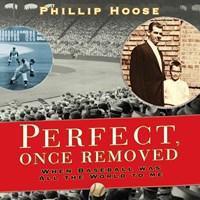 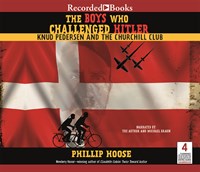 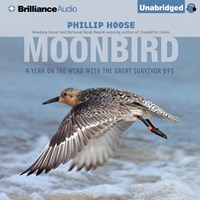 On the final day of a bicycle trip in Denmark back in 2000, author Phillip Hoose visited the Museum of Danish Resistance in Copenhagen, where an obscure exhibit caught his eye. “It was this little shrine to something called the Churchill Club. It had a photograph of these teenage boys--who looked like they’d yet to shave!--holding up numbers in a prison yard.”

Fascinated, Hoose read about how these “innocent-looking” boys had triggered the Danish resistance, carrying out daring acts of sabotage under German soldiers’ noses. Ultimately, they inspired Danes across the country. Intrigued, Hoose asked a nearby curator whether any of the boys pictured were still alive. “He gave me Knud Pedersen’s email address.”

Though Hoose promptly emailed Pedersen, he was disappointed to learn that Pedersen had already made arrangements to write about the history of the Churchill Club with another author. Twelve years passed, and one day, in between projects, Hoose stumbled across a file labeled “Churchill Club” with “that single piece of paper in it, our two-way email message!” On a whim, he wrote again. This time Pedersen wrote back that the earlier deal had fallen through and asking how soon Hoose could start. The result is Hoose’s new YA novel, THE BOYS WHO CHALLENGED HITLER.

What followed that second email was a remarkable--and intense--collaboration. Hoose flew to Denmark to spend a week with Pedersen. “We put in eight-hour days of interviews. We covered so much in so little time. It was an exhausting and exhilarating 25 hours of interviews. Knud was 86 at the time. I was just wrung out--but it was even tougher on him, as we had to do the interviews in English. He was translating everything. I could tell how tired he was, but he kept on going.”

Hoose returned to the U.S., and the two continued to email constantly. “We worked every day. I’d send him something and have questions. We’d go back and forth--it was quite a connection--and it continued through the writing of the project for more than a year. I came to know and expect his voice. I’d wake up, splash water on my face, grab some coffee, and check to see. Usually, there was something from him, even on weekends.”

The author says that reading drafts aloud is a vital part of his writing process. His wife, Sandi Ste. George, plays an especially important listening role. “I call her ‘the golden ear’ both for her empathetic ability and because she hears things so well. And I hear things when I read to other people. That’s what it’s mainly about--hearing and detecting the voices I’m writing about, checking how well they’re coming through. Everything just works better when you read a manuscript out loud to someone.” Hoose also sees great value in reading his work in progress to its intended audience--even though that audience is sometimes fourth and fifth graders who are often quite blunt with their reactions. He says these young listeners ask good questions and report what they don’t like along with what resonates with them, offering an “emotional response to what they’re hearing.”

Hoose’s process of reading his work aloud has helped increase his confidence as a narrator. This new book is his third narration. Still, he found that narrating portions of the novel posed tremendous challenges. “The Danish names and words were very hard, counterintuitive. We spent a lot of time with me going back and getting it right. We had an expert monitor from New York listening, who would stop and correct me. Being stopped and trying to get it right made this book harder than the others. It’s a really tough language to acquire.”

Hoose is deeply grateful that he was able to send the galleys of the book to Pedersen before he passed away in December 2014. “He got to see the book before he died. Not by much--he saw it in an advanced draft form. But he sent it to his grandchildren and children, and I know he was very happy with the way it turned out.” Their connection, he says with obvious feeling, went deeper than a shared interest in history, and Pedersen’s absence has left a large space in Hoose’s life. “I loved corresponding with him, beyond the book project. He was funny--caustic and driven. I miss him. I miss him now.”--Jessie C. Grearson