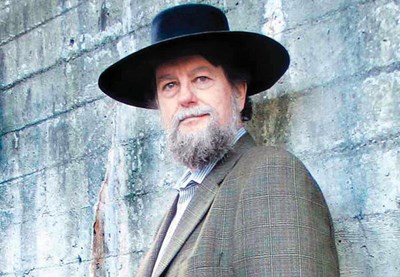 "A novel that is written as if it were being told comes across clearer and makes a deeper connection to the reader than a novel that ignores the oral tradition." 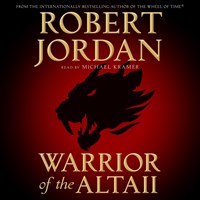 Decorated Vietnam War veteran Robert Jordan began putting quill to parchment in 1977, and hasn't stopped since. Storytelling is in Jordan's blood. The South Carolina native, who taught himself to read at age 4 and began reading Jules Verne and Mark Twain at age 5, has written novels set during the American Revolution, a dozen adventures featuring Robert E. Howard's Conan, and, most notably, 12 epic novels (11 primary novels and one prequel) in his Wheel of Time fantasy series. "The spoken word is the basis for all storytelling," he told us from his 1797 home in the historic district of Charleston, South Carolina. "My father and my uncles were storytellers. When we went fishing or hunting, there was always storytelling at night. I grew up with that oral tradition. I've always thought that my writing lends itself to being read aloud for that very reason."

We asked him about the advantages of listening to a book as opposed to reading it. "When reading an actual book," he answered, "it's possible to skip over things. You make connections in your head, and you find you're not registering every word. But when it's read to you, there's a difference. You hear every word."

The Wheel of Time series, set in a timeless age of heroes that bears some resemblance to Arthurian England and Norse Europe, details the battles of Light against Darkness. KNIFE OF DREAMS is the eleventh volume of a projected twelve-book series (not counting one published prequel with several other prequels planned). Jordan feels that his ability to create characters is his strongest asset as a storyteller. "I really believe that I can make a character real in the space of a sentence."

When we asked Jordan his thoughts on abridgments, he became incredulous. "A book that was 1300 pages in manuscript, and the abridgment is only 130 pages, some of them not even full pages? This is not even a skim of the story. It's just incomprehensible."

Ten of the Wheel of Time novels are available in unabridged format from Books on Tape and Audio Renaissance. All of these are co-read by Michael Kramer and Kate Reading. "It was my suggestion in the first place," Jordan admitted, "that we have a male and a female actor to do this, a woman to read the female point of view and a man to read the male point of view. And we lucked out in that they both do voices as well. So it is as close as I can come to having an ensemble doing the reading." In addition, Jordan's Western novel, CHEYENNE RAIDERS, available as a digital download from Books on Tape, is read by Michael Kramer.

Jordan believes that speaking and listening are integral to the art of storytelling. "A novel that is written as if it were being told comes across clearer and makes a deeper connection to the reader than a novel that ignores the oral tradition."--Steven Steinbock