"Whatever compensation comes from listening to the author’s voice is offset by lack of training. It’s in much better hands with someone who knows what he’s doing.” 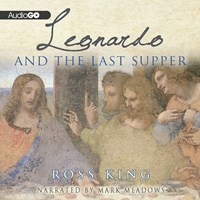 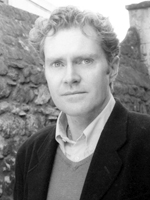 Ross King’s THE JUDGMENT OF PARIS is not only a well-structured narrative that encompasses a dozen dramatic years of French art history and controversy. It is also a richly detailed tour of France’s colorful Second Empire, a period of high taste and high tragedy, dramatic on the page and even more dramatic to the ear.

“The important thing is on the page but also in the ear,” King says, in Miami on the wing of a national tour following on the success of his two earlier histories, BRUNELLESCHI’S DOME and MICHELANGELO AND THE POPE’S CEILING. “The excitement of nineteenth-century Paris had to be evoked; it was a very rich period musically, visually, culturally. The whole swirl of events had to be woven into a narrative—the richness of Paris life somehow expressed.”

In a narrative this packed and exacting, the audiobook narrator has to be especially nimble and well-schooled in the material. King says, “I think the first qualification, which Tristan Layton fulfills completely, is a beautiful and melodic voice. Someone who can draw you into the story hypnotically. He had to have a fluency in French, impeccable French, and in a way that didn’t set up a barrier and close the reader off from the story—if he or she didn’t know French at all.”

Asked if there is a feature of Layton’s performance he particularly values, King says, “I tend to write quite long sentences. Packed—either by a list or a bit of circumlocution. This is easy to follow on the page, when a reader can go back. What Layton does really well is make that clear by the way he phrases a sentence and the pauses he puts in, so that my most convoluted sentence is intelligible to someone driving a car or jogging in a park.”

King is himself a regular, if unsystematic, fan of audiobooks and admirer of narrators. He is partial to the Harry Potter series. “They’re different in the UK. Stephen Fry does the books. He has a beautifully rich, and amusing and sly, ironic voice. He can bring a book to life very beautifully. And Nicholas Farrell, who read both BRUNELLESCHI’S DOME and MICHELANGELO for the BBC, is particularly good for the former, which in many ways is a somber story. You can hear an impish glint in his eye. Denis Quilley did DOMINO, again for BBC, and gave a slight accent to the character in a way I couldn’t convey it on the page. It gives an added bonus to a book.”

While he admires audiobook narrators, King doesn’t plan to read any of his own books. “I think it’s something that should be done by a professional. I read often from my own work, lectures and readings at bookstores. But I feel a commitment to a CD should have a professional. Whatever compensation comes from listening to the author’s voice is offset by lack of training. It’s in much better hands with someone who knows what he’s doing.”

King says that on this current book tour, far more than his earlier ones, people bring up both the book and the audiobook for him to sign. “One interesting feature I’ve discovered over the last week or two is that people who bring up the audiobook to sign show me their MP3 player. Two years ago, when I toured last in the United States, that didn’t happen. It’s very amusing and endearing; someone holds up their iPod, and my name lights up on the display.”—David A. Walton