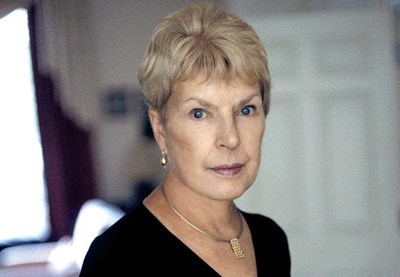 "When interpreting Rendell's tightly woven psychological dramas, the narrator needs to not only deliver the accents and tension that, but also share her vision and passion for the project." 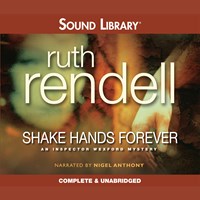 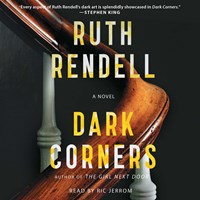 There’s no mystery about how celebrated mystery writer Ruth Rendell feels about audiobooks: “I think they’re wonderful.” But there’s a mystery surrounding the future of Rendell’s most famous creations, Kingsmarkham--that’s a small town south of London--and Chief Inspector Reginald Wexford, the main character in her long-running series of police procedurals. One news report recently suggested that after 22 cases for the venerable inspector, including his latest in THE MONSTER IN THE BOX , Rendell planned to put an end to him. But Rendell says that’s not the case.

“These things are largely invented by journalists. I said that we’ve had the last TV episode of Wexford, and the main reason for ending those is that George Baker can’t do it anymore. I never said that this is the last Wexford novel. I’m planning another now. I shall have to retire him and bring him back in some different role sometime because he gets on just like the rest of us, but not perhaps as fast as most people. I would never kill Wexford. I always think of Conan Doyle killing Sherlock Holmes and having to bring him back. And I don’t want to do that.”

Rendell has won numerous awards, including three Edgars, the highest accolade from Mystery Writers of America, as well as three Gold Daggers, a Silver Dagger, and a Diamond Dagger for outstanding contribution to the genre from England’s prestigious Crime Writers’ Association. Rendell is a member of the House of Lords and supports several social causes. She makes a point of keeping her Inspector Wexford relevant by including subplots that deal with poverty and immigration issues.

When it comes to those who perform her Wexford mysteries, Rendell’s favorite is the actor who plays him on television. “I think of George Baker as Wexford,” she says. “He to me is Wexford.”

Rendell knows what she looks for in a narrator. When interpreting her tightly woven psychological dramas, she says, he needs to not only deliver the accents and tension that she weaves into her stories but also share her vision and passion for the project. In Rendell’s latest Inspector Wexford novel, the detective confronts a man from his early days as a police detective, Eric Targo, whom he believes is guilty of multiple murders. When it appears that Targo has committed a murder involving Wexford’s family, the inspector must re-examine how Targo continually outsmarts the law. The good news is that justice prevails.

Even better news for Rendell’s fans is that the good inspector will appear in another adventure.--Randy O’Brien