“When I write, I can almost hear the men talk, their inflections, the tone, what the characters sound like. This is like a whole new interpretation with the same words. It’s way cool.” 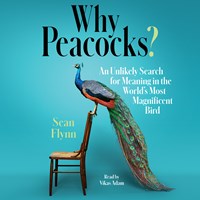 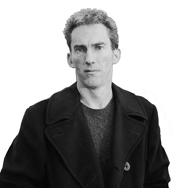 Award-winning journalist Sean Flynn can well appreciate a good piece of reporting. That’s why Richard Rohan, who narrates Flynn’s book, 3000 Degrees: The True Story of a Deadly Fire and the Men Who Fought It, has earned the author’s respect. The book is about the ferocious warehouse fire in Worcester, Massachusetts, in 1998 that killed six of the men fighting it. Concerned about the authenticity of his reading, Rohan gave Flynn a call. “He was very particular about how things were pronounced, like ‘Arctic Street.’” says Flynn. “Was it pronounced ‘Arctic’ or ‘Ac-tic’? I had to call up some of the firemen to find out.”

Flynn was deeply into the writing of his book on September 11th, a day that powerfully focused the nation’s attention on the heroism of firefighters as never before. In the 30 years before that awful day, the single most lethal event for American firefighters had been the Worcester fire. Flynn, of course, recognized that the displays of selflessness and bravery that were emerging from his keyboard were exactly those that so moved Americans at the World Trade Center.

Flynn understood that his story, which first appeared as a magazine piece in Esquire, wasn’t merely about one group of men fighting one fire in one place. “It’s about the culture of firefighting and about a certain type of man who exists everywhere.” One of the counterintuitive aspects of that culture is that, as dangerous as firefighting is, Flynn makes it clear that firefighters always expect to win, which is why they’re shocked when a man goes down. “You and I would be afraid of a fire because we don’t know what they know. They’re trained and equipped. They’re aware of the danger, but being aware of the danger, they know how to minimize the risks.”

Firefighters have greeted 3000 Degrees warmly, as have the critics. Flynn has relished the whole experience of publishing his first book, and that includes hearing it performed as an audiobook. “It’s weird to hear your own stuff read,” he says. “When I write, I can almost hear the men talk, their inflections, the tone, what the characters sound like. This is like a whole new interpretation with the same words. It’s way cool.”

So did Rohan’s reporting pay off? Did he sound like the Worcester firemen Flynn interviewed? Yes and no, the author says. The working-class Massachusetts accent Rohan uses sounds absolutely authentic. But, Flynn adds with a laugh, no Worcester fireman would ever enunciate so clearly.—Michael Ollove