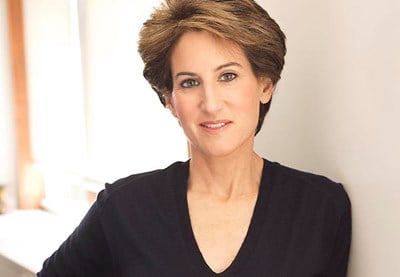 "Though Schiff's writing is rich with a treasure of collected details, it is her narrative flair and voice that bring [her writing] to life." 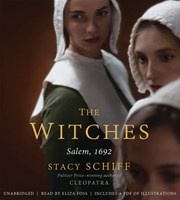 Pulitzer Prize-winning biographer Stacy Schiff admits she has “a thing” for lost worlds. “I’m nostalgic by nature--but then again, who writing history isn’t?” she asks. And among lost worlds, Schiff says, Cleopatra’s was the “most magnificent, sumptuous beyond even the ancient commentators’ abilities to describe.”

Schiff’s new book, CLEOPATRA: A LIFE, has been widely praised for its provocative and revealing exploration of Cleopatra’s world, a vision that Schiff provides listeners through her meticulous and far-ranging research. In fact, Schiff says, she’s “unapologetically obsessive” when it comes to researching. “Much of the book’s detail came from odd little corners of Cicero or Diodorus or Strabo, accounts that don’t focus on Cleopatra but that greatly illuminate her world. I read around her for ages, often unsure why I was doing so until I hit pay dirt in the form of some little detail--like what a wet nurse used a century before Christ to calm a crying child.” Such extensive research, the author notes, requires a big table, “which, with CLEOPATRA, was generally strewn with different translations of the same classical texts, along with the modern scholarship on those texts. The idea, the obsessive impulse, is to clear the desk--but somehow to avoid having all the material land on the page. The smart biographer,” she notes “manages to direct most of it to the cutting-room floor.”

Schiff’s research also compelled her to visit Cleopatra’s world herself. “I drove out to eastern Sinai to visit the desert where Cleopatra was camped in her exile of 48 B.C. It was definitely an adventure. It’s east of the Suez Canal, and now a military zone. Many, many checkpoints, but also well worth the gargantuan effort; the red-brick fortress that stood at Egypt’s eastern border is being excavated and is stunning. The area is desolate and little changed, save that the Mediterranean is now in the wrong place.”

Though her writing is rich with a treasure of such collected details, it is Schiff’s narrative flair and voice that bring Cleopatra and her times to life. The author notes that CLEOPATRA differs from her other biographies. “It’s more essayistic in form, a little looser-limbed, and probably includes more of my voice than the earlier biographies. That’s partly because I wanted it to, partly a demand of the material”--the paucity of which required the biographer to “step out of the shadows a bit more.”

Currently on a demanding book tour, Schiff has not yet had time to listen to the audio version of her book, though she says she can’t wait. “Most of my audiobook experience has been with children’s books and Dickens, over long car rides,” she says. Asked whether she’s surprised by any of her listeners’ reactions to the book, Schiff answers, “I get a lot of mail from people who claim they’re Cleopatra reincarnated. I also meet lots of fathers buying the book for their daughters, whom they hope to empower.”

Schiff “adores” her new book’s attractive jacket, which depicts a dark-haired, vibrantly dressed Cleopatra, pearls in her hair, turned from the viewer. It’s not just beautiful, Schiff points out with satisfaction, but historically accurate: “We know Cleopatra wove pearls--the diamonds of her day--through her hair and around her neck. By turning her face away from us--the creative director had no choice there, as we don’t know what Cleopatra looked like--the model draws us into the book. I also like the fact that the image is at once modern and not, a photo that looks like a painting.”--Jessie C. Grearson