“I’ve become more enamored with character in my last couple of books. My whole writing experience is about climbing into someone else’s skin. For me, that’s the fun of writing.” 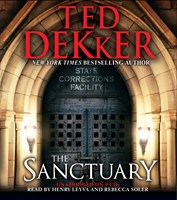 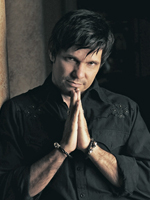 When listeners begin a new Ted Dekker novel, they should expect the unexpected. The New York Times bestselling author is one of the most imaginative and bold writers in the thriller and fantasy genres. How does he do it? Simple--he listens to the voices in his head to make his novels come to life.

“My bad guys--I make them very colorful characters. They’re quirky and quite twisted, of course, so I think they’d be a real challenge for a recording artist. I can see where they’d really want to do it and really get into it.”

Born into a family of missionaries, Dekker spent some of his early life living with cannibals in Indonesia. “I grew up in a different kind of culture.” Dekker says being the outsider much of his life allowed him to develop keen observational skills that have impacted his novel writing. “I tend to look at the world as an outsider. I don’t really fit anywhere. I’m a third-culture kid.”

Fans of Dekker know his skill in creating bizarre and frightening universes inside the mind of the listener with titles like THR3E, HOUSE, OBSESSED, SKIN, ADAM, BONEMAN’S DAUGHTERS, BLACK, RED, and WHITE. In his latest novel, THE BRIDE COLLECTOR, actor John Glover brings FBI Special Agent Brad Raines to life as he chases a Denver serial killer who stalks beautiful women, drugs them, and then drains their blood before gluing them to a wall like a crucifix.

Dekker has become well known for his devilish plot twists, but he says he’s evolving as an artist. “I’ve become more enamored with character in my last couple of books. My whole writing experience is about climbing into someone else’s skin. For me, that’s the fun of writing.”

Dekker understands that an audiobook production is another interpretation of his work. “For many years I refused to listen to any of the audio recordings of my books. They never match up to what I have in my mind. I hear the voices.”

But he loves other authors’ audiobooks and can’t think of a better way of spending long hours on the road. “When I’m driving across the country, which I used to do quite often, an audiobook is by far the best way to pass the time. For people who commute, audiobooks are a magical way to pass the time. I’m amazed how many of the people who come to signings listen to the books. It’s a large segment of society.”

And Dekker says that while audiobooks may cost a bit more, dollar for dollar they pay off big. “Audio is a beautiful thing. It’s a larger investment because it takes 12 or 13 hours to listen to a story, as opposed to 2 hours to watch a movie. And that’s a blessing itself. It’s a completely different animal.”--Randy O’Brien