“I enjoy giving readings. Many times the people who came would ask if audiobooks were available. People seem to want to take some of the author away with them.” 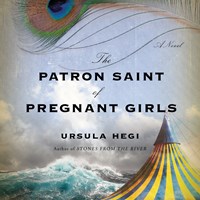 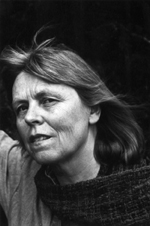 “I very much wanted these books on audio,” Ursula Hegi said. In fact, the author is so committed to audiobooks as an art form that she has abridged two of her own books herself, STONES FROM THE RIVER and THE VISION OF EMMA BLAU. Speaking from her home in New York City, Hegi explained, “Originally it was planned that someone else would abridge STONES and then I would do the narration. But I felt that I knew it so well—from the inside—that I should create the abridgment myself.” When she writes, Hegi said, she revises each manuscript fifty to a hundred times. “I treat my writing as if it were poetry,” she said. “There cannot be one superfluous word.” When working on her abridgments, Hegi does about three passes on the work—excising whole characters and scenes in some spots, cutting down sentence by sentence in others. The last pass moves in on the “final count,” which reduces the book to about 30 percent of the original.

The process isn’t as torturous as it might be for some authors because Hegi firmly sees audiobooks as another art form. “There’s definitely a process of letting go,” she said of cutting out parts of her books, “but the thing is I like audiobooks, so I am strongly motivated. I like to tell stories.” Interestingly, a European publisher wanted to excise 20 percent of Heigi’s book for its print version, and the author said a resounding no. “But with audiobooks we’re used to a shorter form,” she explained.

Often, Hegi said, she will read a book and then listen to it on audio—“if I’m committed to the work.” She prefers author readings and mentioned Toni Morrison (SONG OF SOLOMON), Margaret Atwood, and Louise Erdrich (THE ANTELOPE WIVES) as authors she has enjoyed in both formats. She also mentioned Native American poet Joy Harjo as someone whose work she has enjoyed listening to.

Hegi finds recording her works to be an intense experience. “With STONES,” she said, “we recorded over three days, and each day was more difficult than the last.” With Emma Blau, Hegi asked to record one day a week over a longer period in order to conserve her energy. She was attracted to the idea of recording, in part, out of her experience at literary readings. “I enjoy giving readings. Many times the people who came would ask if audiobooks were available. People seem to want to take some of the author away with them.”

With her recordings, Hegi provides her readers with that opportunity.—Elizabeth K. Dodge