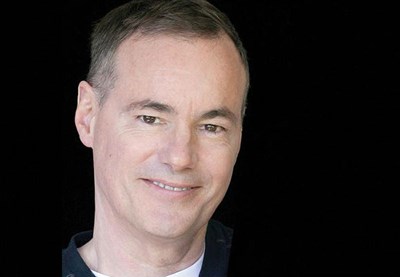 “Audiobooks are an art form. It’s difficult to do, and I admire the people who can do it.” 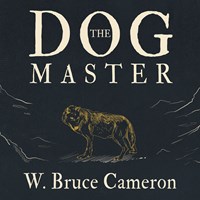 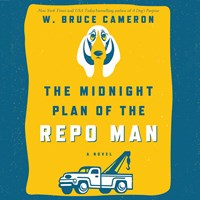 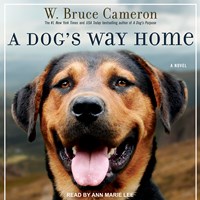 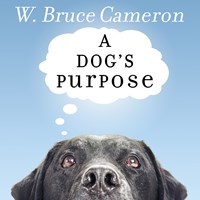 Bestselling novelist and humorist W. Bruce Cameron’s favorite of his audiobooks is 8 SIMPLE RULES FOR DATING MY DAUGHTER: And Other Reasonable Advice From the Father of the Bride (Not That Anyone Is Paying Attention). But it’s not because the book was adapted into a popular television situation comedy. It’s because it was read by the late John Ritter. “And he did it as a favor.” Cameron says of his friend, the talented and missed actor from the hit TV show “Three’s Company” and movies like Slingblade , “He did it because I asked him to. That has to be my all-time favorite.”

Cameron knows the level of expertise needed to convert the printed page into the immersive listening experience of recording an audiobook. “Audiobooks are an art form. They have certain conventions of storytelling. Oral storytelling is different from written storytelling, and this is an attempt to turn written storytelling into something you can hear. It’s difficult to do, and I admire the people who can do it.” Cameron says he did step into the recording booth once, just to see what it was like. “I read one of my books, EMORY’S GIFT--mainly because I thought it would be fun for fans to hear my voice. I’ll acknowledge that narrating is extremely difficult to pull off and that if you’re a fan of audiobooks, you get into the rhythm of them. If you don’t listen to a lot of audiobooks, narrating can be a little jarring at first.” Because of that recognition, Cameron says he’s mostly “hands off” as far as the production of his audiobooks goes because the narrators are “almost always going to do a better job than I would.”

Cameron’s love of dogs is evident in all his work. While there’s almost always a furry friend, he likes to mix it up. “They’re fun to have in my books. Other than that though, I agree that it’s not my intent to have a [new] W. Bruce Cameron book almost exactly as the last one.” Unless, of course, the story follows the same main characters, like his popular Repo Man series. His latest, THE MIDNIGHT PLAN OF THE REPO MAN, features former football all-star Ruddy McCann and his trusty dog, Jake, investigating a cold case of murder with the help of a voice in Ruddy’s head.

The prolific novelist says there are times when it’s difficult to deal with the press and fans’ expectations. “With every novel that comes out, people say, ‘This is a real departure for you.’ I always think: departure from what? I write entertaining general fiction. I do tend to always put a dog in my books, but I believe that if I’m writing a book about a typical family, more than 75 percent of people in this country either own or have owned a dog, so it’s not that unusual to have a dog.”

While Cameron is best known for his humorous books like 8 SIMPLE RULES . . . and HOW TO REMODEL A MAN: Tips and Techniques on Accomplishing Something You Know Is Impossible But Want to Try Anyway, he offers a friendly tip about two of his books that feature man’s best friend. “If you’re doing public transportation, be careful about listening to A DOG’S JOURNEY or A DOG’S PURPOSE unless you don’t mind crying in public.” He’s heard from fans: “They laugh and cry, so if you’re sitting on a bus, you’re going to look like a crazy person.”--Randy O’Brien