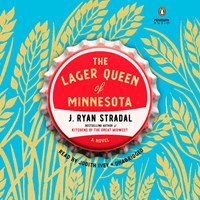 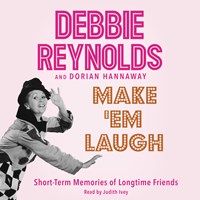 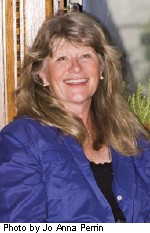 Judith Ivey thinks audiobooks are "magical." Once, while taking a train from Chicago to New York, she listened to INTERVIEW WITH A VAMPIRE by Anne Rice. She got so scared that she had to turn the book off because she was convinced there was a vampire in the compartment with her. Ivey's warm, friendly laughter tumbles down the phone lines as she recounts the tale. "Audiobooks are wonderful." She adds, "An audiobook is almost therapeutic. It stimulates. It keeps the brain going." The two-time Tony and Drama Desk Award winner is frequently invited to read "Selected Shorts" stories on stage. "When I read, I notice that people like to close their eyes and just listen. I think it's important that people hold on to the ability to listen."

The Texas-born actress/director began her audio career in Chicago, reading for the blind. Eventually, after she moved to New York, she began recording audiobooks. She's won six AudioFile Earphones Awards, three of them for books written by Rebecca Wells: YA-YAS IN BLOOM , LITTLE ALTARS EVERYWHERE , and THE CROWNING GLORY OF CALLA LILY PONDER . She admits that Southern accents are very comfortable for her. "I'm ready to officially say that I'm from Louisiana, but I'll get disowned by my Texas family." Her real challenge lies in finding the variations in the Deep South dialects, making the characters into distinct personalities. "They can't sound the same just because they share an accent." While Ivey's done many books set in the South, she remembers recording CONGO, by Michael Crichton, in which she had to be a 60-year-old British male. "He was one of my favorite characters because it was such a stretch for me."

Ivey was nominated for an Audie Award in 2004 for A CORNER OF THE UNIVERSE by Ann M. Martin. "But"--and you can hear the grin in her voice--"that was the year Jim Dale won for HARRY POTTER AND THE ORDER OF THE PHOENIX." She admires Dale's work and was delighted to be included in such talented company. "It's so much fun to know that you're the storyteller creating the imagery for an audience, interpreting some wonderful book that someone else has dreamed up."

In the fall Ivey will open in New York in a one-woman show, THE LADY WITH ALL THE ANSWERS, by David Rambo, about advice columnist Ann Landers. In the spring she'll play Amanda in THE GLASS MENAGERIE, by Tennessee Williams. Does she ever relax? Ivey gives a hearty laugh. "I get made fun of in my family because of the number of projects I have going on the side. I'm making curtains right now for my daughter's room. I'm making meatballs. I paint. I'm a watercolorist." She loves being with her two children. "I try to make time for them." Given her incredibly busy schedule, we're awfully glad she made time for us.--S.J. Henschel [October/November 2009]

Judith Ivey's main focus is the stage and screen work that has won her Tony, Drama Desk, Emmy, and Obie Awards, yet she admits to a strong attraction for audiobooks—"a medium that demands a creative process unlike others," she says. And, recently, Judith has added Earphones Awards to her other accolades. The Southern women and their daughters in Rebecca Wells's THE DIVINE SECRETS OF THE YA-YA SISTERHOOD and LITTLE ALTARS EVERYWHERE brought Judith an astounding array of characters and splendid opportunities for Louisiana accents. Mississippi was the setting for Deborah Wiles's LOVE, RUBY LAVENDER , and Judith again portrayed several generations and elicited the essence of a small town with her narrative. Another favorite children's title is MY LOUISIANA SKY by Kimberly Willis Holt. Judith's Texas roots served her well when she read Lady Bird Johnson's journals in the dual narration with Michael Beschloss in REACHING FOR GLORY . Another rave for her performance—"as complex as a Mozart flute quartet"—came in our review of THE WORLD BELOW by Sue Miller.--[2002 Narrator Yearbook]