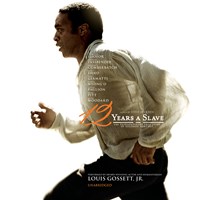 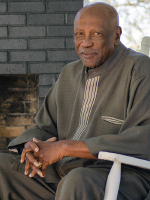 While he's a big fan of the intimacy and convenience of today's audiobooks, Oscar- and Emmy-winning actor Lou Gossett, Jr., says the oral tradition of passing down stories in his family in Brooklyn, New York, is where his interest in storytelling began. "As a child, I was a fan of the oral story. We were told stories from Grandma and from Grandpa, and I would remember every one. I had that affinity for listening. Now we don't have a lap to sit on, but it's still good to hear the story. There's something about that audio connection that's very visceral to many people."

Gossett is best known for his role as Fiddler in the hit television series "Roots" and as the hard-as-nails drill instructor Sergeant Emil Foley in "An Officer and a Gentleman." While his authoritative demeanor has allowed him to play a variety of parts, it's his distinctive voice that sets him apart from most actors.

"I was born in Brooklyn, and there's a very distinctive kind of accent there." After he got a part in the play "Take a Giant Step," he was sent to a speech therapist to get rid of his Brooklyn accent. He says the exercises he learned then are still useful. "I practice it."

Gossett is pleased to use his finely honed acting talent to bring the story of Solomon Northup to audio as the critically acclaimed film "12 Years a Slave" currently plays in theaters around the world. The story follows free-born African-American Northup as he is abducted and sold into slavery illegally. Gossett says that as an actor, he has to prepare himself, his instrument, to go to those dark places. "I didn't expect to be so involved. It gets you when you speak those words from the heart as an actor. Sometimes you get so deep into those moods that you don't do service to the audiobook, so I had to take quite a few breaks."

The book was a bombshell when it was published in 1853, but its literary style may be a bit strange to modern ears. "Northup was a very intelligent man, and he wrote that way. It was touching that he wrote the book in the King's English while he was a slave. It's amazing that he was able to maintain that charm and grace in the midst of slavery."--Randy O'Brien