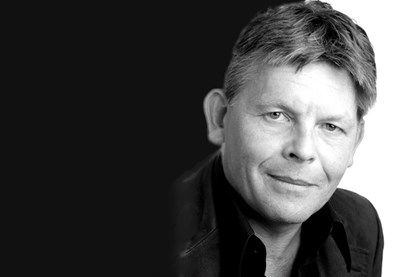 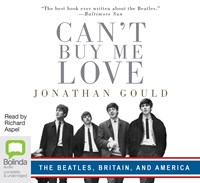 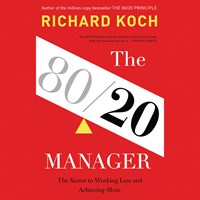 Richard Aspel’s path into the audiobook world, narrating first for Vision Australia, a nonprofit organization for the visually impaired, and then Bolinda Audio, was a unique one. “It’s kind of a sad story, but it’s a good story, in a way,” he told us on a Sunday morning from his home in Victoria. “About 25 years ago, my only brother was dying of cancer, and towards the end, he got so sick that the only pleasure he could get was to listen to audiobooks. He would have listened to 30 or 40 in his last couple of months. After he passed, it just seemed to me something I’d like to do because it gave him so much pleasure.”

Aspel’s voice is also unique. He was born in England, emigrated to Australia with his family when he was young, returned to the UK for drama school, and finally returned again to Australia to stay. “Everyone in Australia thinks I sound English, and everyone in England thinks I sound Australian!” Does this give him an edge when he’s in the studio? “One of the good things about going to drama school in England is that, because there are so many regional accents, they concentrate a lot more on accent work in the UK than they do in Australia. So from an early age, I was practicing accents. And I think doing audiobooks is very much like playing a musical instrument. You get a lot better as you go. And accents have always been something that I’ve loved doing.”

Aspel says that he prepares each book he narrates carefully, annotating the text with notes. “I put a lot of time and effort into prepping the books. On my way into the studio, if anyone was in the car with me, they’d think I was a lunatic because I’m speaking in six different accents and tones!” Recently, Aspel narrated Jonathan Gould’s Beatles biography, CAN’T BUY ME LOVE. “When I was a 5- or 6-year-old growing up in England, apparently I used to dance along to ‘She Loves You.’ I’ve always been a huge Beatles fan. I think, not being a great singer, one of the challenges of the book for me was that so much of it was written actually dissecting the lyrics of the songs, and I had to find a way of getting that across without singing, but getting the rhythm across. To me it was just a huge honor.”

As an actor and narrator in a small market like Australia, Aspel says that finding variety in acting roles can sometimes be challenging. “You tend to get very typecast in television. For example, just about everything I get is a lawyer, or a journalist, or a TV reporter… they want you to play how they see you. The stretch in doing the audiobooks is that you have to be everyone. And that is what I really enjoy about it.”—Jennifer M. Dowell