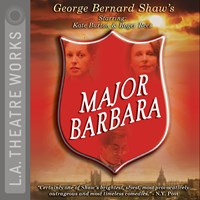 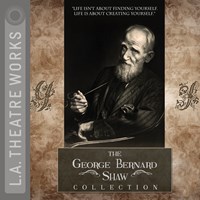 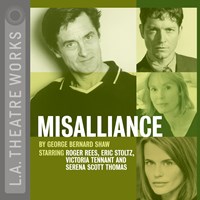 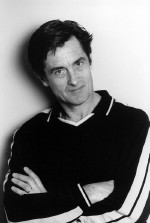 "Trying to communicate as best you can is the main thing. It's what you want when you're telling a story." Roger Rees, stage, film, and television actor and, more recently, narrator of audiobooks, certainly follows his own creed. Having narrated THE GHOST by Robert Harris and MAJOR BARBARA by George Bernard Shaw, Rees's most recent outing is A MOST WANTED MAN by John le Carré.

The actor from Aberystwyth, Wales, made his way from art school to the Royal Shakespeare Company where, after working his way through the acting ranks and appearing with the likes of Ian McKellen, Judi Dench, and Derek Jacobi, he finally achieved stardom in the early 1980s in The Life and Adventures of Nicholas Nickleby, for which he won both an Olivier Award and a Tony Award. American audiences will certainly know him for his recurring roles in "Cheers"--as haughty millionaire Robin Colcord--and as slick English ambassador Lord John Marbury in "The West Wing." Combine these appearances with roles in "Grey's Anatomy," Frida, and The Prestige, and you have an actor of many dimensions.

His mission when recording is to make the narration as near to the author's intent as possible. Rees firmly believes that while actors make good narrators, they can sometimes sound too much like actors--and come across as grand or pompous. "I like to sound like a real person," he notes. He disagrees that authors can sometimes be less than compelling as audiobook narrators. "When authors do their own narration," Rees believes, "the authors themselves have the true intentions. I admire authors who read their own material."

In the past few years, Rees has toured in a one-man show, What You Will: By and About the Bard, which combines anecdotes about and monologues by his favorite Shakespeare characters. "I did it to take away the daunting aspect of performing Shakespeare and to let America's young actors know that Shakespeare is very accessible."

February will find Rees directing (along with Alex Timbers) Peter and the Starcatchers, based on the novel by Dave Barry and Ridley Pearson, at the La Jolla Playhouse in San Diego.

To Rees, such a diverse career seems perfectly natural. It's exactly what a versatile actor who likes to "do anything that comes his way" would do.--Martie Ramm Engle

British actor Roger Rees is known on both sides of the Atlantic. In the U.S. he received a Tony Award for the Broadway production of NICHOLAS NICKLEBY. American TV viewers are familiar with Roger from CHEERS, in which he played Robin Colcord. As for audiobooks, Roger has performed in a wide variety of programs, from the L.A. Theatre Works production of LADY WINDMERE'S FAN, to mystery anthologies such as MALICE DOMESTIC and thrillers like POP GOES THE WEASEL . Roger's performance with a full cast in THE PHANTOM OF MANHATTEN is celebrated here.--[JUN/JUL 2000]