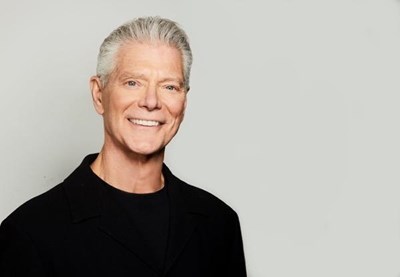 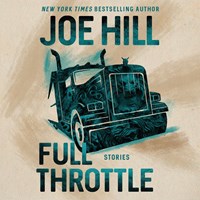 “It all started with my grandfather who was a machinist in the Brooklyn Navy Yard,” said Stephen Lang during a recent phone interview from his home, 40 miles north of his native New York City. “My grandfather always sat in the kitchen and read out loud. English was his second language—he was Hungarian—and ever since I was a kid, I’ve liked hearing the words.” Lang, 47, best known for his work in films like Tombstone and TV series like Michael Mann’s “Crime Story,” has embraced reading out loud as a major part of life. Besides reading Goodnight Moon to his four kids (now ages 10–19) “at least 2,000 times,” Lang has narrated over 60 audiobooks for Random House, BDD Audio, and Harper Audio. That number includes such high-profile titles as Dean Koontz’s False Memory, Jeff Shaara’s Gods and Generals, Michael Crichton’s Timeline, and Nicholas Evans’s The Loop. While creating the role of crusty Colonel Jessup on Broadway in A Few Good Men (the Jack Nicholson role in the movie version), Lang’s authoritative, versatile voice was first “discovered” by a William Morris agent in the audience, who got Lang his initial audiobook narration. Last year, Lang read a dozen books for various audiobook publishers, mostly recording them at a studio close to home (“a two-minute drive”) in New York’s Westchester County. “It’s more relaxed that way,” Lang explains. “It’s nobody but you and the microphone, so it encourages comfort and eccentricity. Sometimes I wear my slippers.” Lang likens the experience of recording an audiobook to “getting into a space capsule. You sit yourself in the booth, comfortably and firmly, at a table with a reading lamp and a microphone. I put my pages in stacks of a hundred, so I can ‘feel’ the piles diminishing. I read the book I’ll be doing once before I record it, letting the characters mulch a little bit and seeing what emerges.” Lang says he listens to audiobooks only “occasionally. I’m kind of a radio junkie, so when I’m driving, I tend to listen to baseball, jazz and NPR. The last book I listened to was during a trip, and it was Robbie Coltrane reading Kidnapped. It was spellbinding.” Despite such wildly varied acting gigs as the Broadway production of Death of a Salesman with Dustin Hoffman, the historical cult-film favorite Gettysburg (Lang led the ill-fated Picket’s Charge), and the lead in Babe Ruth for an NBC bio-pic about the baseball legend, Lang returns to audiobooks again and again as a way to stretch his already well-toned acting muscles. “I like getting my acting ya-yas out, practicing my craft in a way I’ll never get to do on stage or film,” Lang said. “I’m never going to get hired to play a Corsican whore, yet I get to do it on tape. I’m not going to get to play the King of England, except on tape. It’s just such a pleasure telling all these different stories. I like the sense that there are people far away, people I don’t know, who are listening to my voice and a story well told.” —Marty Crisp