Listen to William Roberts read from H.P. Lovecraft's THE THING ON THE DOORSTEP AND OTHER STORIES

"Reviewers laud Roberts's narrations of Poe and Lovecraft as satisfying and terrifying." 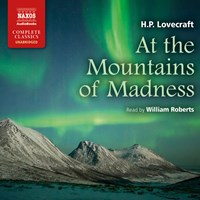 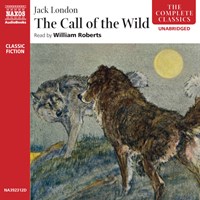 The oral interpretation class that Bill Roberts took at Humboldt State College in the 1960s nearly launched a narrating career. "You read a book aloud, and in the process got to play all the parts and be the director. It was wonderful. But there was no such thing then as being paid to read aloud, and except for Recording for the Blind, there were no audiobooks. So I went away and became an actor."

Roberts spent several years with the Oregon Shakespeare Festival before moving to England. After earning a drama degree from the University of Manchester, he stayed on. "I could get a broader spectrum of work in London than I ever could have had in any one city in the States." Soon he set his sights on the BBC, famous for radio drama and reading-aloud programs. His first book for "Morning Story" was Ira Levin's A KISS BEFORE DYING. What is it like to begin the day with "episodes of chilling horror"? He laughs. "Nothing better!" No wonder AudioFile reviewers laud Roberts's narrations of Edgar Allan Poe and H.P. Lovecraft as "satisfying and terrifying."

Roberts's warm baritone voice is a British and American blend. "It's called a mid-Atlantic accent. For audiobooks, I can do a variety of British regional inflections. And, of course, I can sound American. I am in the States for several weeks every year--" he hesitates--"but, in truth, even though I can do Texas"--he lapses into a realistic twanging drawl--"I get asked to read more books with East Coast characters."

Roberts's most recent audiobook, POCKET KINGS, by Ted Heller, is a riotous fictional memoir about a New Yorker who gambles disastrously. "I thought I'd do a little something"--Roberts's accent suddenly transforms into convincingly tight vowels and glottal consonants. "Give it a bit of air-ee-uh, you know?" The "little something" garnered Roberts an AudioFile Earphones Award.

After years of recording in producers' studios, Roberts and his partner, Carolanne Lyme, also a narrator, have set up a home studio. "It will give us the flexibility to work in the city or, if the city is in the States, work remotely." The prize-winning POCKET KINGS, for example, was recorded for BeeAudio, based in Ashland, Oregon. A home studio will also give Roberts time to pursue his new passion for writing. His program about famous heroes of the American West, aimed at 8-to-12-year-olds, is scheduled for release this summer by Naxos AudioBooks. "I hope it takes off," he enthuses. "Imagine all the famous people we could do!" With luck, there will soon be lots of Roberts's writing behind the scenes and Roberts in front of the microphone. "Just think," he continues, "it could be a series: Women, generals, outlaws!"--Aurelia C. Scott

2009 marks the 200th anniversary of the birth of Edgar Allan Poe , whose stories are perennial classics on audio. From old-time radio drama performances by actors such as Peter Lorre and Boris Karloff to modern-day unabridged recordings, Poe's chilling stories have engrossed and entertained generations of listeners. This Halloween, turn down the lights, turn up the volume on your iPod, and celebrate Poe's audio legacy.