Audiobooks: FIRE AND FURY; CHRISTINE; THE REVENANT; DRAGONSWORN; BENEATH THE BONFIRE; THE BOURNE ULTIMATUM


Holter Graham has narrated books by Stephen King, John Steinbeck, Richard Ford, Jeffery Deaver, Sherrilynn Kenyon, Chad Harbach, Dean Koontz, Patricia Briggs, and scores of others. He has been awarded dozens of earphones awards for individual books as well as Best Audiobook and Best voice of the Year awards. 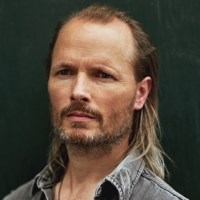