Audiobooks: COURTING MR. LINCOLN; THE HAPPINESS CURVE; NIETZSCHE ON HIS BALCONY; THE FLY TRAP; MULBERRY BUSH; OUT OF MY LEAGUE


Reviewed in AudioFile as “masterful”, earning praise for his “crisp narration”, “distinct characterizations”, “natural-sounding conversation”, and “personal touch” in fiction and non-fiction titles alike, Robert is a multiple Audie and Earphones winner, facile in a wide variety of genres, characters, and languages. A classically trained actor based in NYC, he records regularly for several major audio publishers and is admired for his ease with sophisticated writing and a broad range of subject matter. Best Audiobooks of the Year, 2011, 2012, 2013, 2016, & 2018.
See full audiography
See editorial profile 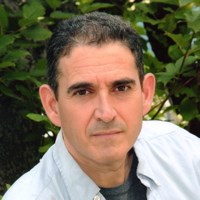