Heather Henderson's 25-year career in the performing arts encompasses dramaturgy, criticism, and voiceover; she has specialized in audiobook narration since 2010. Her award-winning narrations include titles for Harper Audio, Audible.com, Blackstone Audio, Deyan Audio, Post Hypnotic Press and others. Heather is cofounder of the popular pronunciation site AudioEloquence.com. She holds a DFA from the Yale School of Drama.
See full audiography 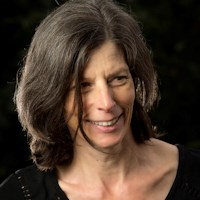