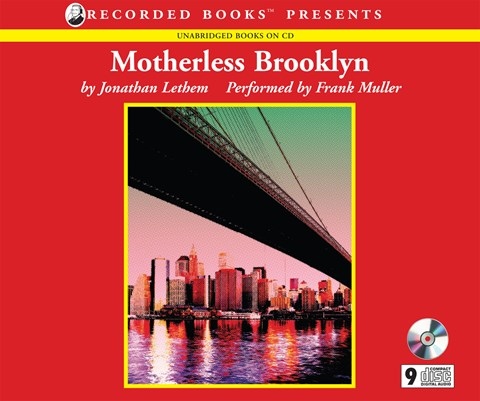 Lionel Essrog has Tourette’s syndrome. He can’t control his tics, jerks, and nonsensical, often offensive, language. Despite this handicap he has been taken under the wing of a small-time hood, whose murder early in the narrative he is determined to solve. By turns funny, poignant, and gritty, this is a tour de force of writing you’ll long remember. Frank Muller’s narration is nothing short of astounding; to say this would be a challenging piece to perform would be an understatement, and Muller has never been in better form. He gives Lionel’s Tourette’s persona a distinctly different voice and makes the lightning transitions from voice to voice with never a slip. Somehow he manages to make Lionel not a sentimental sideshow, but a fully human character you like right away. In less capable hands this might have been a disaster, but with the consummate skill of this audio superstar it becomes an achievement unlikely to be equaled--by him or anyone else. D.G. Winner of AudioFile Earphones Award © AudioFile 2001, Portland, Maine [Published: DEC/ JAN 02]