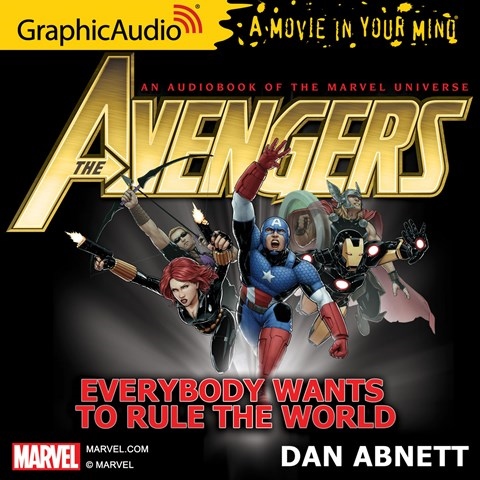 MARVEL AVENGERS Everybody Wants to Rule the World

by Dan Abnett | Read by Richard Rohan and a Full Cast

Six villains are trying to conquer Earth in this audio production from GraphicAudio. In order to stop the attack, the Avengers must find a way to gather together after the villains have sent them to different corners of the Earth, where they have a limited ability to communicate. Richard Rohan's deep voice and engaging delivery are balanced by a well-selected cast for the voices of the Avengers and the numerous villains they encounter. The mixture of action and dialogue is fully captured, thanks to an outstanding sound production team. From the sound of Thor's hammer to the hyper-speed movement of Quicksilver and the sound of Captain America's shield as it bounces off a villain, the sound effects all hit their marks. L.E. © AudioFile 2015, Portland, Maine [Published: SEPTEMBER 2015]