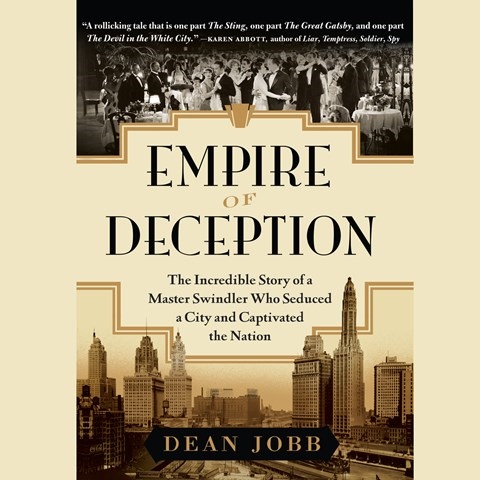 Narrator Peter Berkrot adopts a tone reminiscent of Mickey Spillane in delivering this examination of a master swindler from Chicago in the early 1920s. The narration, combined with the author's somewhat breezy style, makes for an enjoyable account of a con game so brazen that it wouldn't be matched until Bernie Madoff's scheme came along. Leo Koretz duped investors out of $30 million ($400 million today) and led a mysterious double/triple life that came to light only after his nonexistent Panama timber-oil empire was exposed. Even his death—suicide by chocolate—was bizarre. Berkrot adopts a conversational style and eschews theatrics in his narration, preferring to let the story itself capture the listener. But he does add a tone of incredulity as details of the case emerge. R.C.G. Winner of AudioFile Earphones Award © AudioFile 2015, Portland, Maine [Published: JULY 2015]