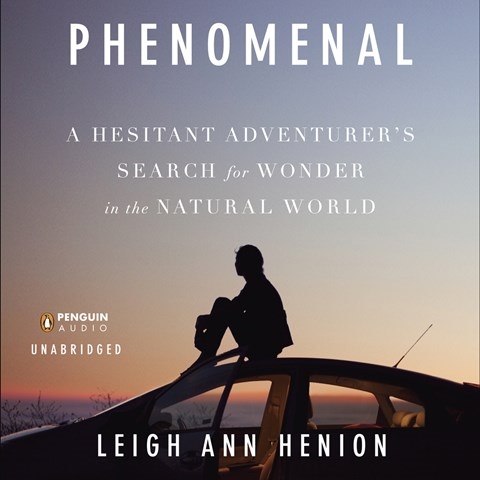 PHENOMENAL A Hesitant Adventurer's Search for Wonder in the Natural World

After the birth of her son, Leigh Ann Henion finds that the demands of motherhood leave her feeling overwhelmed and out of touch with herself. She decides to undertake a journey to reconnect with her sense of wonder and joy. Narrator Nicol Zanzarella takes on an expansive, reflective tone that is expressive of Henion's journey, which takes her to amazing locations around the world to experience such unique natural phenomena as a spectacular display of lightning in Venezuela and vast animal migrations in Tanzania. While Zanzarella seeks to portray the author's sense of wonder with dramatic and heartfelt intonation, Henion's writing itself doesn't fully communicate her awe or her personal spiritual evolution. S.E.G. © AudioFile 2015, Portland, Maine [Published: JUNE 2015]