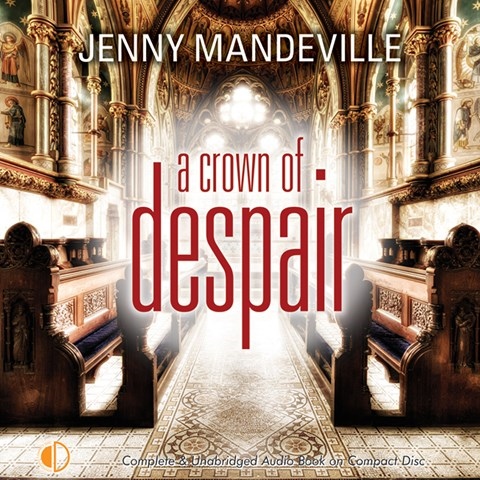 A CROWN OF DESPAIR

Narrator Patience Tomlinson's performance breathes strength, honesty, and defiance into this heartrending story, told through the eyes of the sixth wife of Henry VIII. Tomlinson delivers Katherine Parr's narrative with a tone of earnest determination, describing the loss of her husband and the unrequited love of her torturous marriage to Henry VIII, who is portrayed as a nightmarish lout in this historic account. Tomlinson doesn't miss Katherine's gentle, self-deprecating humor, or the strong will that drives her, even during her darkest moments with Henry, making listeners feel as if they're hearing a private confession rather than a work of fiction. Tomlinson captures the supporting cast--particularly Katherine's first husband, John, and the odious Henry--with subtle shifts in tone that perfectly round out this noteworthy performance. B.E.K © AudioFile 2015, Portland, Maine [Published: JUNE 2015]