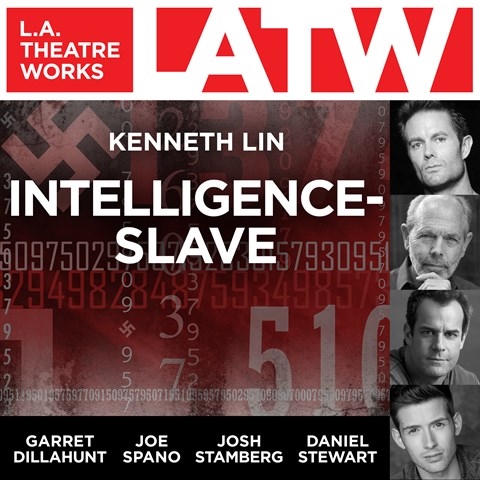 An “intelligence-slave” was a derogatory term used by the Nazis during WWII to describe concentration camp prisoners who might be “of some use.” In this taut and suspenseful telling of the real-life story of Curt Herzstark, actor Josh Stamberg conveys all the conflicting emotions of a gifted, sensitive scientist who is allowed to pursue his mathematical studies in a lab located in the salt mines below Buchenwald. But he knows that his time may be up if it’s discovered that he’s invented the first handheld mechanical calculator. Listen carefully throughout the program for the unusual scratchy sound of an original working Curta calculator, which was lent to L.A. Theatre Works to use as a sound effect during the recording of this live performance. B.P. © AudioFile 2015, Portland, Maine [Published: NOVEMBER 2015]