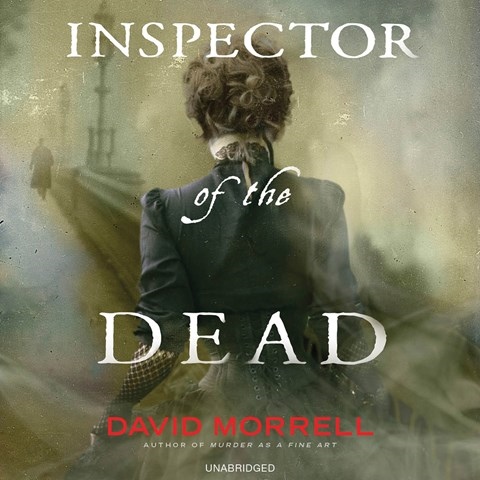 INSPECTOR OF THE DEAD

London was a different place in 1855, as David Morrell's engaging novel shows. Featuring opium-eater Thomas De Quincey, this thriller captivates the listener as a result of Matthew Wolfe's adept presentation of its dialogue--which could have overwhelmed a lesser narrator. The story focuses on a murderer who targets the highest levels of British society and whose signature leads investigators to people who have previously attempted to assassinate Queen Victoria. Although the evidence indicates that the Queen may be the killer's target once again, the novel goes far deeper, and is both entertaining and brutally dark. The book requires a performer like Wolfe, who recognizes the need to create different voices and varied deliveries, and does so in a memorable yet understated way. D.J.S. © AudioFile 2015, Portland, Maine [Published: JUNE 2015]