Home»Reviews»A BLINK OF THE SCREEN 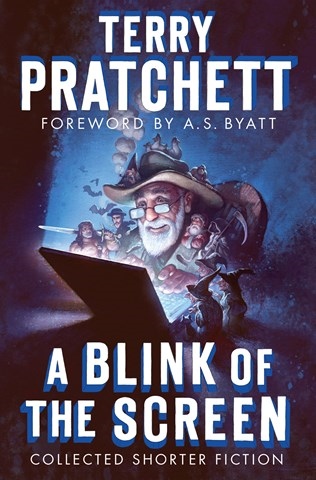 A BLINK OF THE SCREEN Collected Shorter Fiction

As soon as one hears longtime Discworld narrator Stephen Briggs's comically heartfelt and mildly tuneful rendition of Discworld's national anthem, one realizes why some books should be heard and not just read. The devil hires a publicist. An artist paints the sky the wrong color. This collection of razor-sharp satire spans Terry Pratchett's long and prolific career, dating back to 1963. The sound of words and the sound of ideas always attracted Pratchett, and both Briggs and Michael Fenton Stevens excel at emphasizing Pratchett's special blend of sophistication and silliness, especially when they're providing character voices to dozens of witches and wizards. Wonderfully entertaining and an absolute must-listen for all longtime Pratchett fans. B.P. © AudioFile 2015, Portland, Maine [Published: JUNE 2015]