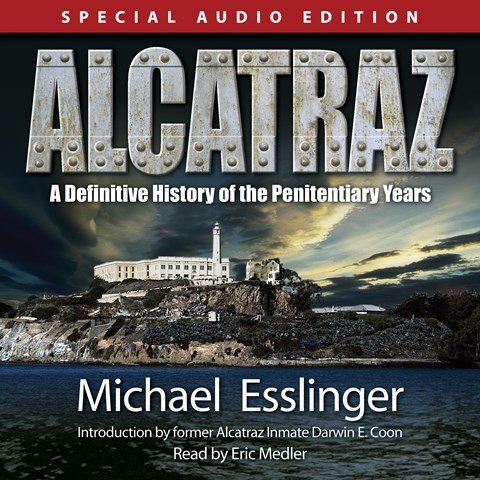 ALCATRAZ A Definitive History of the Penitentiary Years

Eric Medler does a solid job narrating this history of Alcatraz. His voice is pleasant and carries the overly detailed work along nicely. He varies his tone to match the material and alters his voice slightly for extended quotations. But he can't overcome weaknesses of the book in the audio format. For example, the author quotes official documents at length, which readers can skim in print but which listeners must put up with item after item. Also, several typos ("pillroy" instead of "pillory" and "metted" instead of "meted"--both more than once) are read literally, causing listeners to have to pause to figure them out, meanwhile losing track of the rest of the respective sentences. R.C.G. © AudioFile 2015, Portland, Maine [Published: AUGUST 2015]