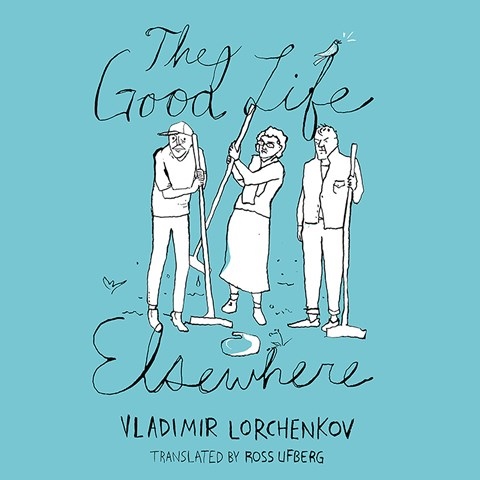 by Vladimir Lorchenkov | Read by Daniel Thomas May

Narrator Daniel Thomas May deftly presents this biting satire set in Larga, Moldova, where residents will try almost anything to leave their poverty-stricken country. May deftly captures the Russian psyche as Serafim Botezato leads a group who pay traffickers to take them to the promised land of Italy. Botezato's cultivated Italian accent and love for the country he hopes to adopt are charming--and then tragic, once he realizes they've been duped and are still in Moldova. In another vignette, villagers train in curling in order to pretend to be a team that will compete in Italy. May sounds exactly like a coach on the field, encouraging and cajoling his team. Lorchenkov and May present a moving listen. S.G.B. © AudioFile 2015, Portland, Maine [Published: APRIL 2015]