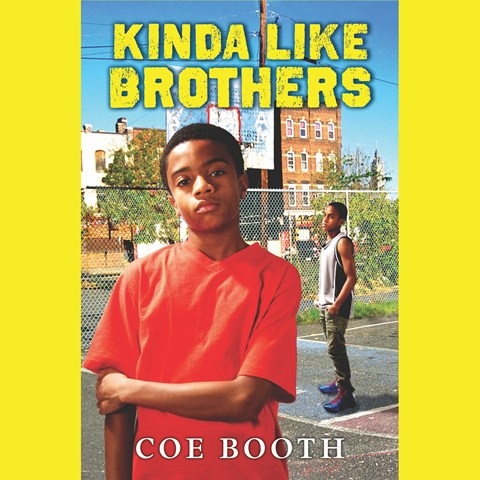 Narrator John Clarence Stewart perfectly captures this painful yet joyous story featuring the biological son of a dedicated foster mother. Eleven-year-old Jarrett is accustomed to the babies his mother frequently cares for, but he's unhappy when 12-year-old Kevon accompanies one of the babies. Stewart deftly portrays Jarrett's kindness to the babies, his many friendships, his pent-up anger towards Kevon, and his sweet crush on Caprice. He also conveys the warmth and gorgeous Guyanan accent of Jarrett's mom; her caring boyfriend, Terrence; and Jarrett's spirited best friend, Ennis. Stewart is quite scary when Jarrett "spies" on Kevon to learn about his background. Young listeners will ache for Jarrett when he must repeat fifth grade in this genuine work of realistic fiction. S.G.B. Winner of AudioFile Earphones Award © AudioFile 2015, Portland, Maine [Published: APRIL 2015]