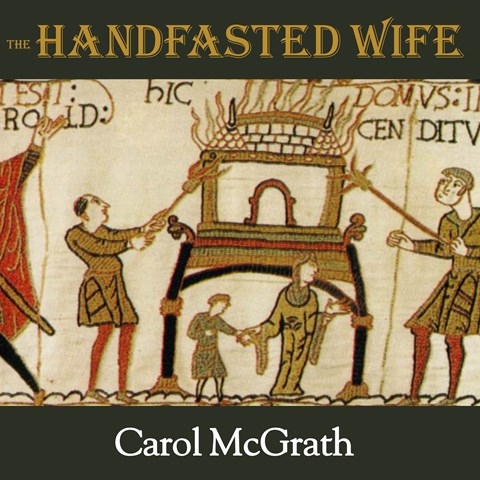 The Battle of Hastings, between King Harold of England and Duke William of Normandy in 1066, is the setting for this fascinating work of historical fiction, narrated by Heather Wilds. Using crisp tones and a steady pace, Wilds delivers the adventures of Elditha Swanneck, King Harold's handfasted (common law) wife. A woman from a well-established and powerful British family, Elditha draws upon her connections to other aristocratic women in the land. Wilds's patrician pronunciation, flawless shifts from English to French, and minimal emotional engagement with the story are just what the tale requires. Luscious courtly scenes of lawmaking, negotiations, and domestic activities, including embroidery, are interspersed with ruthless battles, breathless escapes, and subtle intrigue. M.B.K. © AudioFile 2015, Portland, Maine [Published: JULY 2015]