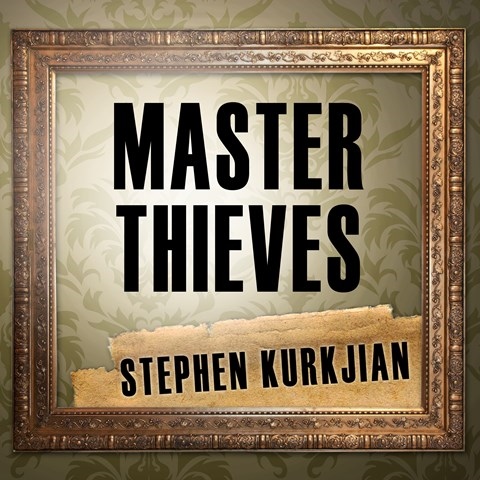 The 13 artworks by Rembrandt, Vermeer, and other masters stolen in 1990 are still missing from the Isabella Stewart Gardner Museum. The author writes about 20 years of looking into this "uniquely Boston" case. Mike Chamberlain narrates Kurkjian's keen descriptions and observations with a comfortable feel. Rather than the excitement of an investigation, his narration gives listeners a feeling of the day-to-day aspects of being inside the case. Listeners will start to feel they know everyone--from the security guards who were on duty to the detectives and the Mob figures who've joined the investigation. "Boston's last best secret" doesn't get answered, but Chamberlain brings listeners in on the workings of the city. J.A.S. © AudioFile 2015, Portland, Maine [Published: APRIL 2015]