Home»Reviews»I HAD A FAVORITE DRESS 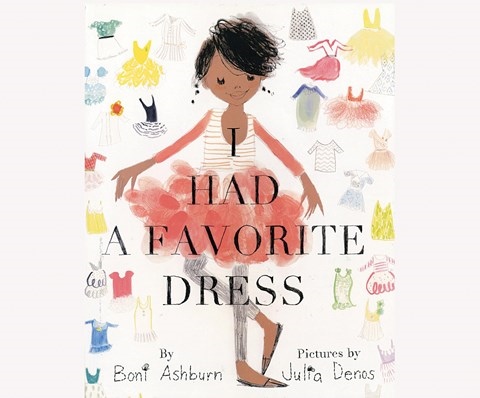 I HAD A FAVORITE DRESS

What happens when a little girl’s dress becomes too small, but she can’t bear to part with it because it’s her favorite dress? Narrator Bahni Turpin tells us with joyful high tones and a musical intonation that captures the little girl’s imagination, disappointment, and subsequent joy as she and her mother come up with creative solutions to extend the life of the dress through numerous transformations. Turpin’s singsong modulations capture the lightheartedness of this story and the protagonist’s cuteness. Musical accompaniment adds to the upbeat mood and the themes of growing up and active problem solving. M.F. © AudioFile 2015, Portland, Maine [Published: MARCH 2015]