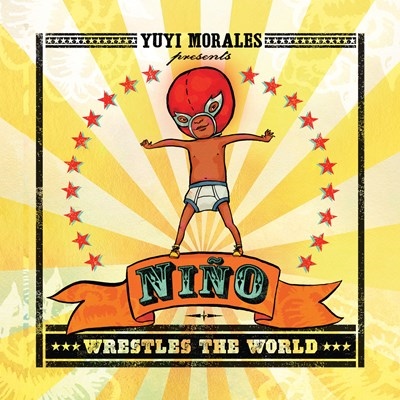 ”Niño!” To a background of wild cheering and jaunty music, young wrestler Niño hears his name and enters an (imaginary) ring. Narrator Adriana Sananes is as animated as the crowd and as pumped up as Niño himself. Her voice speeds and slows, rises and falls with the thrill of each bout. One by one Niño takes on his opponents—from the Guanajuato Mummy to El Chamuco—and sometimes outwits them with a “tickle tackle” or distracts them with a puzzle to solve. When the three o’clock alarm sounds in the recording, it’s time for Niño’s little sisters—LAS HERMINITAS—to awaken from their nap. And they’re Niño’s biggest challenge of all! The production concludes with notes about the Mexican form of wrestling known as LUCHA LIBRE. A.R. Winner of AudioFile Earphones Award, 2016 Audies Finalist © AudioFile 2016, Portland, Maine [Published: FEBRUARY 2016]