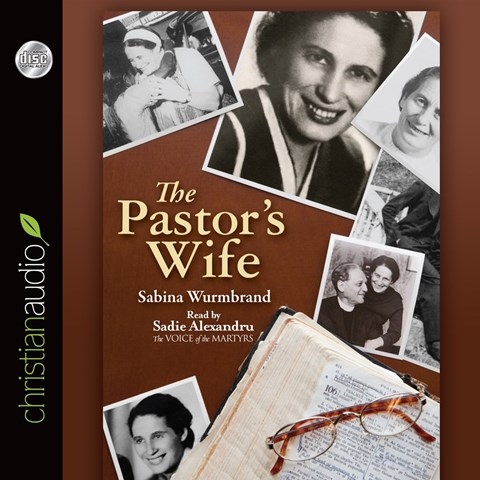 AudioFile review pending. FROM THE PUBLISHER: In 1949, when Soviet propaganda was asserting that free Christian worship was being tolerated behind the Iron Curtain, the Communists arrested Pastor Richard Wurmbrand in Romania for secret Christian activities. The Pastor's Wife is Sabina Wurmbrand's true story of her efforts to get her husband released, her subsequent imprisonment and, above all, her unceasing efforts to help build a Christian Underground Church in restricted areas around the world. For the truth is that the Communists to this day cannot tolerate genuine Christianity, and are still executing or imprisoning underground Christians. This is the urgent message of The Pastor's Wife. [Published: ]