Home»Reviews»WONDER AT THE EDGE OF THE WORLD 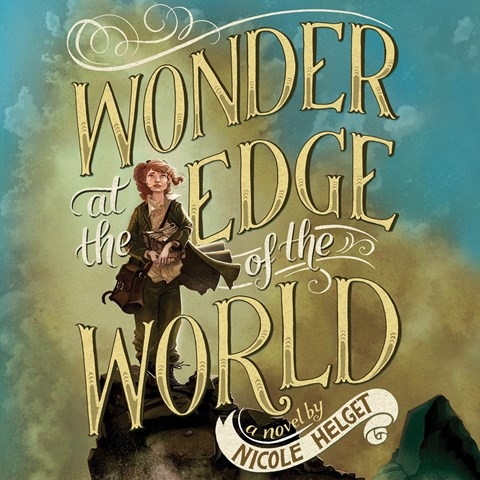 WONDER AT THE EDGE OF THE WORLD

Narrator Thérèse Plummer delivers an impassioned rendering of Helget’s adventure story, which starts out in 1850s Kansas. Scientifically minded Hallelujah Wonder, or Lu, inherits a shrunken head, which was collected on her father’s last naval voyage. Plummer will have listeners on pins and needles as Lu and her best friend, Eustace, a slave, make their narrow escape from the evil Captain Greeney, who attempts to steal the head to use for nefarious purposes. Awe, astonishment, fear, and incredulity pepper their voices as they journey to hide the head in Antarctica by train, and finally by whaling ship. The quiet, mesmerizing whisperings of the head—which only Lu, Captain Greeney, the mad whaling ship captain, and his first mate can hear—make for a spooky tale well suited to the audiobook format. M.F.T. © AudioFile 2015, Portland, Maine [Published: SEPTEMBER 2015]