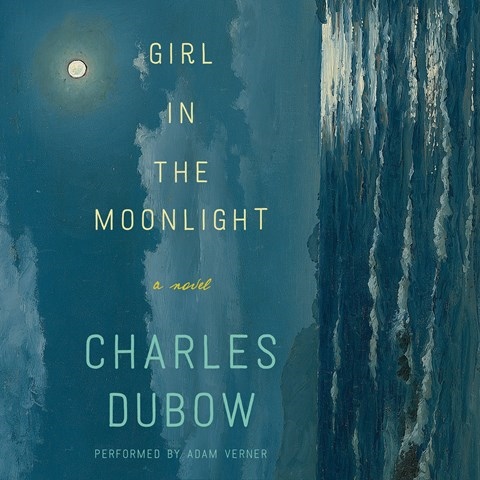 GIRL IN THE MOONLIGHT

"I remember when I first met her. It changed my life." He was 9. Adam Verner draws listeners into the life of Wylie Rose, his encounters with the eccentric Bonet family, and his lifelong obsession with Cesca Bonet. Naïve and overprotected, Wylie finds the wealthy, talented, and beautiful Bonets wonderfully strange and seductive, and he'll do almost anything to be near Cesca. Verner delivers Wylie's longing with just the right amount of youthful ardor and offers Wylie's luminous descriptions of Cesca with a lovely lyricism. As Wylie's preoccupation with Cesca covers decades, the story takes him to posh surroundings from East Hampton to the Upper East Side, from Paris to Barcelona. Verner adds luster to Charles Dubow's clear-eyed look at coming-of-age and the nature of obsession. S.J.H. © AudioFile 2015, Portland, Maine [Published: JUNE 2015]