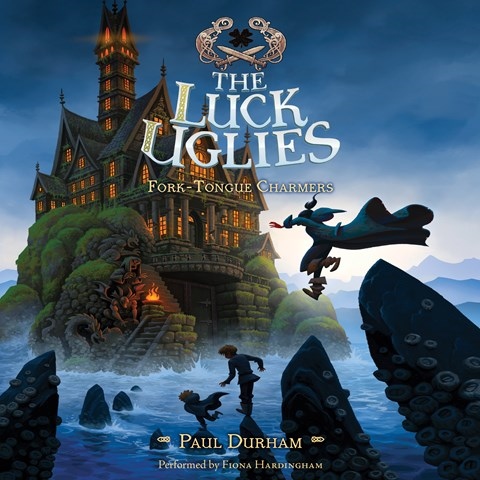 With her British accent, Fiona Hardingham follows fantasy tradition in the second installment of Durham's series. Rye is swept up in an escalating feud between her father's band of Luck Uglies and a splinter group, led by the aptly named Slinister. Hardingham's performance matches the pace and energy of the plot as Rye is forced into hiding and flees to her mother's war-torn island home. But Slinister is always infuriatingly one step ahead of her. Hardingham hits the occasional false note, such as the garbled voice she creates for Rye's precocious little sister, Lottie, and this story breaks no new ground, but listeners can still enjoy this fantasy. A.F. © AudioFile 2015, Portland, Maine [Published: JULY 2015]