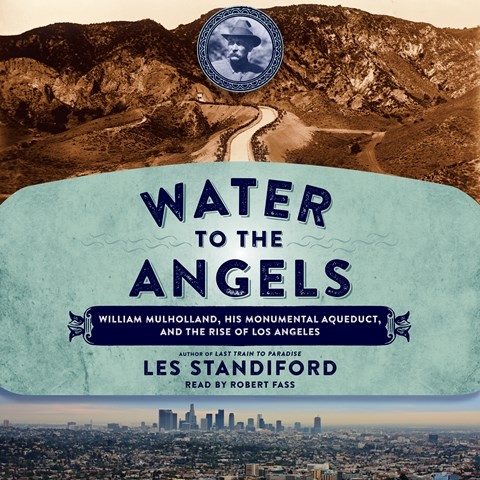 WATER TO THE ANGELS William Mulholland, His Monumental Aqueduct, and the Rise of Los Angeles

Listeners are drawn in right away as narrator Robert Fass sets a dramatic scene that's literally the stuff of fiction, since it partly inspired the movie CHINATOWN. The author tells the story of how William Mulholland built Los Angeles' water system. Beginning the story with disaster, he recounts the collapse of the St. Francis Dam, which caused several hundred deaths in pounding floodwaters. This opening emphasizes the undercurrent of drama in a fascinating slice of history. As he goes back into Mulholland's life and work, Fass delivers an understated but gripping narration. The hardworking Mulholland becomes a tragic hero through Standiford's writing, and the growth of Southern California is seen through his life. J.A.S. © AudioFile 2015, Portland, Maine [Published: APRIL 2015]