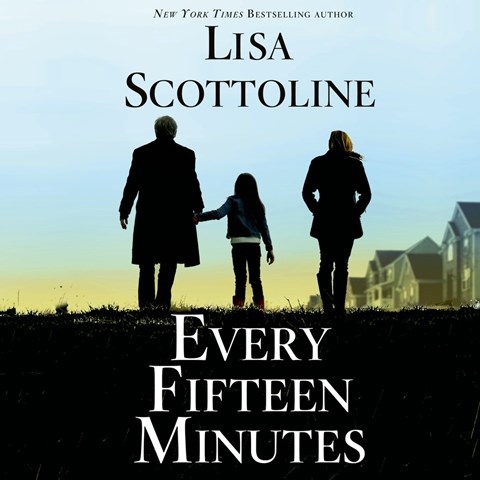 George Newbern hooks listeners with a chilling opening monologue by an admitted sociopath, and then continues to make the most of every minute of Scottoline's latest thriller. It seems someone's plotting to bring down well-liked psychiatrist Eric Parrish. Rather than dealing with his personal problems, Eric takes on a new patient, Max, a disturbed 17-year-old whose grandmother is dying. Newbern offers a credible Max, especially when the teen has a meltdown and disappears. Eric tries to find him by following a girl Max secretly likes. When she's found murdered, first Eric, then Max become suspects. But who's the sociopath? Scottoline packs this story with more red herrings than a fish market, and Newbern's nuanced performance makes the revelation regarding who's plotting Eric's undoing truly a surprise. S.J.H. © AudioFile 2015, Portland, Maine [Published: JULY 2015]