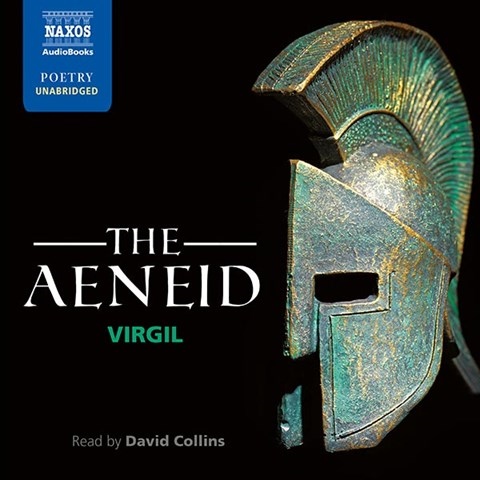 The late poet laureate Cecil Day Lewis's translation of this Roman epic is idiosyncratic, but David Collins's narration is consistently gripping. This is no small achievement, considering how remarkably passive Aeneas is for an epic hero. Letting Virgil do most of the work of distinguishing the characters, Collins brings the drama to life. His portrayal of Dido is particularly moving. Even in this modern (and, to some tastes, too modernized) version, Virgil's classical Latin can be chilly. Collins adds the heat necessary to make us weep, if not for Hecuba, then at least for Dido and Andromache. There are several good recordings of THE AENEID, and we can add this one to the list. D.M.H. © AudioFile 2015, Portland, Maine [Published: JUNE 2015]