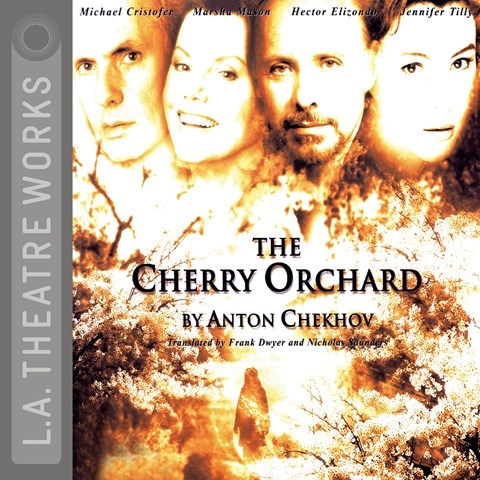 Only the Russians could have called Chekhov's last play a comedy. This L.A. Theatre Works production leans more heavily on the dramatic, even tragic, elements of the play. Marsh Mason is particularly strong as Ranevskaya, who has returned to her beloved estate several years after her young son drowned there, only to watch it slip from the family's hands. Hector Elizondo, as Ranevskaya's brother, is an excellent supporting character, as is Michael Cristofer as the wealthy neighbor who ultimately buys the property. The lone clunker in the cast is Jennifer Tilley, who is entirely inappropriate for her small role. D.B. © AudioFile 2002, Portland, Maine [Published: JUN/JUL 02]