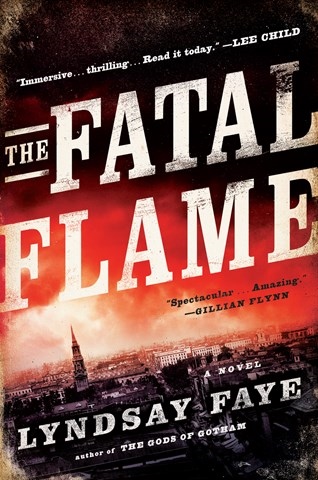 In New York City in 1848, the police--known as "copper stars"-- Tammany Hall politicians, and crime bosses rule the city with iron fists and greased palms. In the third installment of The Gods of Gotham series, Irish brogues, hard German consonants, contemporary slang called "flash," and English are just some of the accents that narrator Kirby Heyborne uses as he performs this gritty piece of historical fiction. Heyborne reads the narrative steadily in cultured tones as he recounts Timothy Wilde's convoluted investigation of arson fires. When Wilde's brother becomes embroiled in local politics, both their lives are endangered, and the tension escalates. Extensive description, old-fashioned diction, and a compelling backstory are interspersed with violence and politics, all of which Heyborne capably delivers. M.B.K. © AudioFile 2015, Portland, Maine [Published: AUGUST 2015]