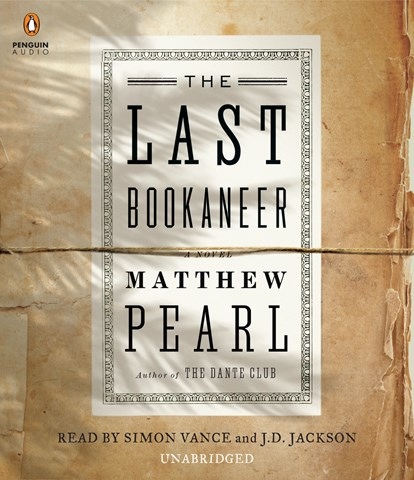 Pearl's unusual story, and his invented term "bookaneer" that is part of it, is a wonderful blend of fact and fiction. Simon Vance and JD Jackson narrate the adventures of a dying breed of pirate in the 1800s who took advantage of the lax copyright laws to sell unpublished works of famous authors to publishers. Mr. Fergins recounts the story of "the last bookaneers," which includes a plan to steal Robert Louis Stevenson's final masterpiece. As Vance drives the twists and turns of this tale to Samoa and Stevenson's manor and back, he controls the prose and the well-developed characters with a firm but empathetic hand while Jackson adds drama and emotional flair. Rapt listening, especially for book lovers. S.C.A. © AudioFile 2015, Portland, Maine [Published: JULY 2015]