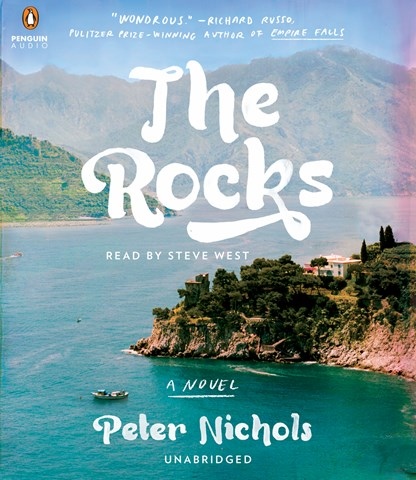 Set at The Rocks, an exotic resort in Mallorca, Spain, this historical mystery/romance revolves around ex-pat Brits Lulu Davenport and Gerald Rutledge, their estranged marriage of some 60 odd years, and their simultaneous deaths. Moving steadily through the ponderous story filled with multiple family relationships and international characters, Steve West narrates in sonorous, unemotional tones, subtly shifting accents from Spanish to French, British, and Eastern European. As the plot moves from the present to the past with numerous flashbacks, the story becomes difficult to follow. Crude scenes of sexual encounters are juxtaposed with failed business ventures that threaten to destroy The Rocks. West works hard but fails to make listeners want to stay with the long-winded dialogue, unengaging characters, and convoluted plot. M.B.K. © AudioFile 2015, Portland, Maine [Published: JULY 2015]