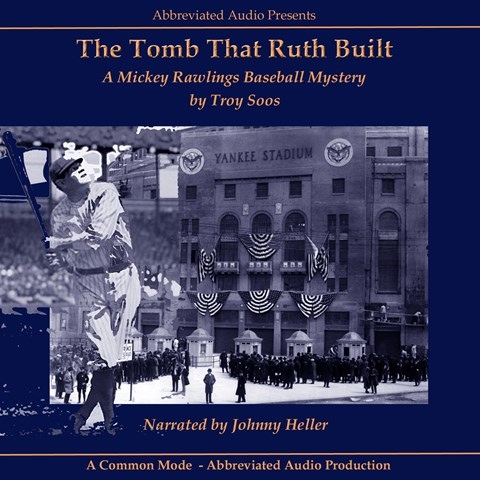 Narrator Johnny Heller excels in delivering this mystery, featuring Mickey Rawlings. Late in his career, Rawlings--Babe Ruth's roommate in the book--is trying to hang on to his spot on the Yankees roster. But through a tenuous connection to his past, the front office adds another role for the ballplayer--that of detective. He must investigate the death of a former player. Heller expertly switches between Rawlings, Ruth, women, gangsters, and others with easily identifiable voices given to each character. Deftly mixing fact and fiction, the author does a nice job of nailing details of the players and umpires, as well as events of the 1920s such as Prohibition. M.B. © AudioFile 2015, Portland, Maine [Published: AUGUST 2015]