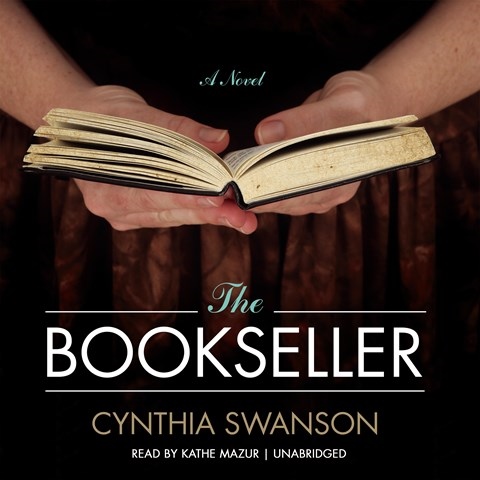 Kathe Mazur's successful narration of Swanson's debut focuses on a single middle-aged woman in 1962 who is known as both Kitty and Katharyn. Single Kitty Miller runs a bookshop with her best friend, Frieda, while Katharyn Andersson is what Kitty is known as everytime she falls asleep and dreams of another life. Mazur's smooth tone becomes almost seductive, making the listener want to know more about which life is the character's true reality. Mazur distinguishes between the characters' parallel lives with expressiveness and purposeful clarity. The contrast between Kitty's single life and Katharyn's married life becomes quite perplexing as the listener ponders how different choices can change one's life dramatically. D.Z. © AudioFile 2015, Portland, Maine [Published: JUNE 2015]