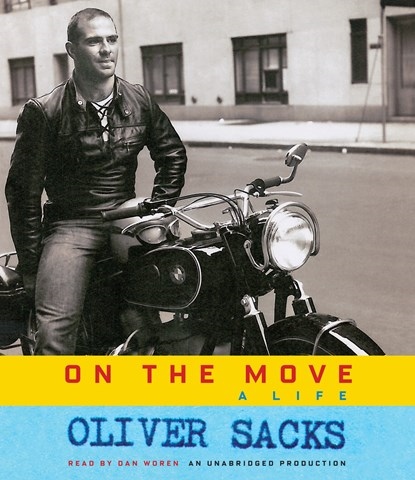 ON THE MOVE A Life

ON THE MOVE is more personal than Sacks's previous books on neurology. As narrator, Dan Woren isn't equal to the personal side. Here, Sacks recounts his passions for motorcycles, weight lifting, swimming, and writing. He has suffered some heartbreaking personal tragedy, including his brother's struggles with schizophrenia and his mother's inability to accept his own sexual orientation. Woren's pacing is varied and upbeat but in an oddly uniform manner. We never feel the magic of riding the roads of Northern California on a motorcycle or the fear of being discovered as a gay man in postwar England or the joy of writing. Also, given Sacks's vignette style of writing, it's too easy to end up in the middle of an anecdote having missed its introduction. A.B. © AudioFile 2015, Portland, Maine [Published: JULY 2015]