Home»Reviews»THE GRIFFIN AND THE DINOSAUR 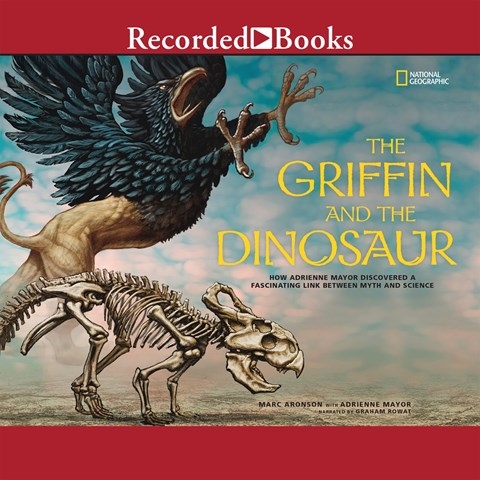 Graham Rowat’s lyrical performance is immediately engaging, a necessary thing, given the brevity of this book. His lively narration highlights the story’s historical details. Best of all, his sober yet whimsical tone is perfectly suited to this story about a small-town girl who creates her own brand of science after persevering in uncovering the facts behind stories of the creature known as the griffin. Rowat’s modulations convey Adrienne Mayor’s fascination with the natural world, stories, and Greek mythology, which led to her discovery of fossils and other evidence proving that the mythical eagle-lion hybrid, observed and documented by Scythians, was, in fact, related to the dinosaur. M.F. Winner of AudioFile Earphones Award © AudioFile 2015, Portland, Maine [Published: JUNE 2015]