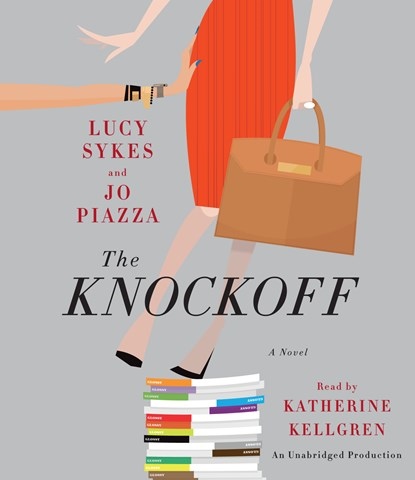 It’s not surprising that Lucy Sykes’s first novel with coauthor Jo Piazza nails the fashion industry with a witty story. She’s the former fashion director of MARIE CLAIRE and the twin sister of Plum Sykes, author and contributing editor of VOGUE. Narrator Katherine Kellgren does a magnificent job of transitioning between charming the British magazine editor Imogen and the ruthlessly commanding Eve, Imogen’s former assistant, who has taken over in Imogen’s absence. Kellgren instills the dialogue with the passion of the two powerful women while easily slipping into the voices of Imogen’s children and the Valley girl voice of her current assistant, Ashley. With plenty of laughs and twists along the way, Kellgren captivates listeners with the story of turning a magazine into an app. A.L.C. 2016 ALA Media Award © AudioFile 2015, Portland, Maine [Published: JUNE 2015]